Aleksey Sonk is in the TOP 25 IT Executives in Russia

The experts of the CRN/RE listed the top 25 Russian IT companies executives who were the most successful in managing their businesses in 2004-2005.
04 december 2006 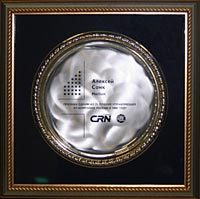 On November 22nd , the CRN/RE business newspaper announced the winners of its third ‘Top Russian IT Executives’ ranking at the ninth IT Forum. The President of MERLION, Aleksey Sonk, has been named one of the best executives in the Russian IT market.

The ranking was based on the expert opinion. The judging panel included 21 experts, among them the executives of the leading overseas IT companies in Moscow, the heads of  IDC Russia and ITResearch analytical companies, as well as the editors and publisher of the CRN/RE (http://www.crn.ru/?ID=616675 ).

The top 25 executives were chosen out of 157 candidates who had already been recognized in ‘the Russian IT executives TOP 25’ in 2001 and 2003 and run the 25 leading regional IT  companies. The experts could add some other executives to the list.

The candidates’ business qualities and the performance of their company in 2004-2005 were judged by the following criteria: 1) the company’s market position, business development dynamics; 2) personal contribution to the company’s excellent performance; 3) leadership qualities; 4) personal reputation in the IT market; 5) powers of business intuition.

The President of MERLION, Aleksey Sonk, not only joined the list of the Top 25, but also scored one of the highest marks in the following criteria: 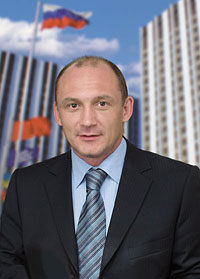 Aleksey Sonk talks to the CRN/RE about the company’s performance and plans for 2007-2008.

We always set ambitious goals as we feel the market from inside and respond accordingly. This must be the reason why we have achieved the major ones. The only project we did not  kick off is IRU notebooks. We did not expect the market to be so hypercompetitive, yet there is nothing unusual about it keeping in mind global trends. When some Asian manufacturers entered the market, the business became no longer profitable for us. Looking ahead, we decided not to risk it but reinvest in the project.

The computer market is growing up. The further business growth depends more on the general situation in the industry and its development vector rather than on the company’s development strategy. Today big market players are interested in enhancing market transparency, creating a well-developed import culture and working conditions that meet the state legal und economic requirements. We need to make sure that we’ll still have a secure business with opportunities to enjoy extra resources as well as be more attractive to investors. Merlion is committed to creating a civilized business environment in the IT market. And this is the goal I consider to be our priority for a year or two.