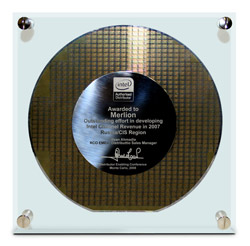 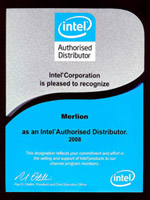 Official cooperation of the companies began at the end of 2006.

In the last year MERLION more than doubled the volume of Intel products sales in MERLION Channel (for the most part processors).

It is in MERLION’s plans to achieve new impressive results in 2008. The distributor is focused on processors, mother boards and server equipment from the world producer.