The brand became the winner in the “Folders and other products from soft plastic” category.
14 february 2020

On February 11, as part of the Skrepka Expo exhibition, the ceremony of awarding the winners of the Golden Paper Clip National Stationery and Office Supplies Market Award was held. In the category "Folders and other products from soft plastic," the winner was ТМ "Bureaucrat" (owned by MERLION), which bypassed Hatber and Erich Krause. Earlier, the brand products have been given this award.

A wide range of stationery of its own production, more than 1200 items, is presented on the Russian market under Bureaucrat TM. Among them are plastic folders and files, corners, folders, briefcases with compartments, ring binders, archive boxes, as well as notepads, blocks for notes and other office accessories. In 2013, the products of TM "Bureaucrat" were also awarded the prestigious Golden Paper Clip award in the "Brand of the Year" nomination, and office supplies of Bureaucrat's own production received the status of the winner in the "National Product of the Year" nomination. Besides, the prize marked a set of marketing activities aimed at promoting plastic products.

Recall that the Golden Paper Clip Award summed up the results of the past year. The holders of one of the most prestigious awards in the field of stationery and office supplies in Russia were determined by summing up the votes of the expert council members. 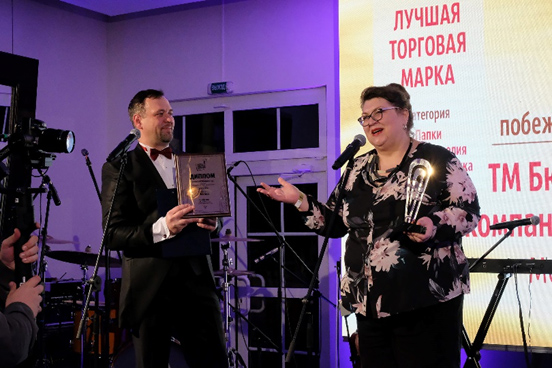