The vendor appreciated the distributor's active contribution to the development of One Identity's business in the Russian market, the generation of many projects, and the highest financial performance.
03 september 2020 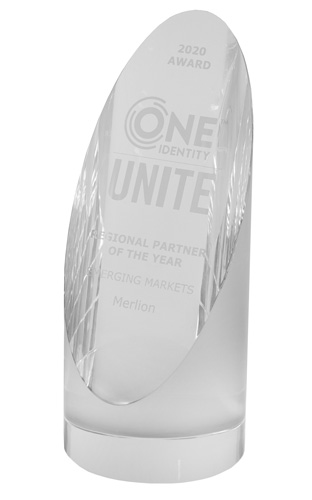 MERLION, one of the Russian VAD (Value Added Distribution) market leaders, was awarded by One Identity, a developer of security solutions that allow you to control the process of providing access to various organization resources.

The awards took place as part of the annual Unite conference held online this year, and the winners were announced by top manager Andrew Clarke, Global Head of Channels & Alliances. Only two distributors on the Russian market were awarded, including MERLION, noted in the Regional Partner of the Year - Emerging Markets nomination.

MERLION was awarded taking into account the performance of all distributors in EMEA in 2019, in particular, for an active contribution to the development of One Identity business in the Russian market, generation of a large number of projects of the IDM class (control of access to information resources) and PAM (privileged users action control systems), the highest financial performance, and also for the expansion of the team which began to actively engage in training and certification of partners.

"We have been successfully cooperating with the vendor for almost ten years, since 2011," says  Aram Khachaturyan, Product team leader at One Identity, VAD division of MERLION. - We are grateful for the high assessment personally to the head of the representative office in Russia, Yakov Fishelev, and the entire One Identity team (including Europe), which we have long-term and close cooperation with. One Identity is one of the world market leaders in IDM and PAM segments. It is annually noted in the reports of the largest analytical agencies such as Gartner, Forrester Wave, and others. We are confident in a joint future with this company and intend to continue to show good results."