The activities of ACO "VT" will aim at developing the industry, creating conditions for the formation of national champions.
09 april 2020 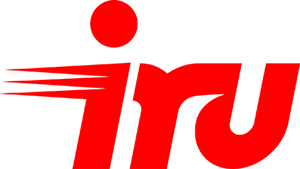 Leading Russian companies, developers, and manufacturers of computers have announced the creation of the ANCO "Consortium" Computer Engineering" (ANCO "VT") with the support of the Ministry of Industry and Trade of the Russian Federation. The activities of ANCO "VT" will aim at developing the industry, creating conditions for the formation of national champions - companies that have already been able to prove in real market conditions the ability to independently develop competitive products and represent the country on a global level.

Also, the consortium's tasks will include protection of the interests of domestic developers of computer technology and the formation of conditions conducive to increasing their market share and the development of the industry as a whole, which is consistent with the implementation of the Development Strategy of the electronic industry of the Russian Federation for the period until 2030.

The general director of ANCO "VT", Svetlana Legostaeva, explains: “The creation of a consortium was an important step for the formation of industrial associations of the radio-electronic industry, contributing to building effective interaction between the state, the business community, large customers, development institutions and scientific and educational organizations.”

Vasily Shpak, Director of the Department of Radioelectronic Industry of the Ministry of Industry and Trade of the Russian Federation, said: “We welcome the joint efforts of the country's leading technology companies aimed at the joint development of the computing industry. I am sure that this will strengthen the position of leading companies in the domestic market in the conditions of free competition with foreign manufacturers and will contribute to the formation of national technological champions.”